Visit to the Flower Farm in Cayambe, Ecuador

We ventured out to the flower farm in the north region of Cayambe, Ecuador. Cayambe is a zone characterized by its surrounding highlands and mountains, with mild weather ranging from 60°F to 68°F. It is also known for its flower production, especially roses. In this adventure we visited a farm which is located a few minutes from the town of Cayambe. 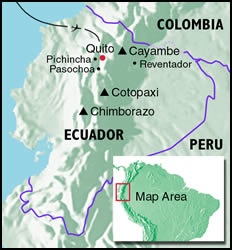 The journey started in the capital city of Quito, Ecuador which is about 55 km away from the farm and it took an hour and a half by bus to get there.

The vehicle left from a northern bus station in Quito, and traveled along the main road to the north of the city. We passed by many small towns such as Calderón and Guayllabamba, until finally arriving at a bus station in Cayambe. The flower farm was about 10 minutes away by car, so we took a cab. 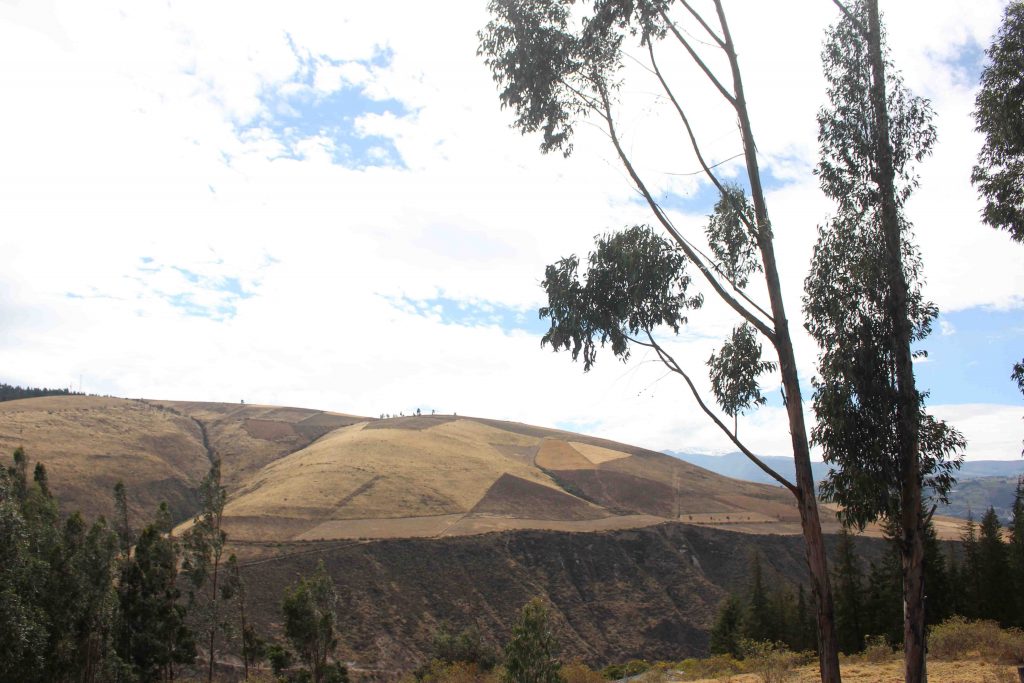 We met with our guide, Luis Peralta, who is also in charge of the farm. We started the impressive tour around the farm in one of the nurseries. It was in this enormous greenhouse where the process of rose farming begins.

We asked some general questions about the farm such as its size, and we discovered it was 10.5 hectares or about 25 acres. We also learned that there are 80 varieties of plants grown on the farm. The guide walked us through the complete system for the production of roses. We began in the greenhouse to learn about the plant growth process. During the rest of our tour we learned about cultivation and other procedures such as irrigation, fumigation, and packing operations. 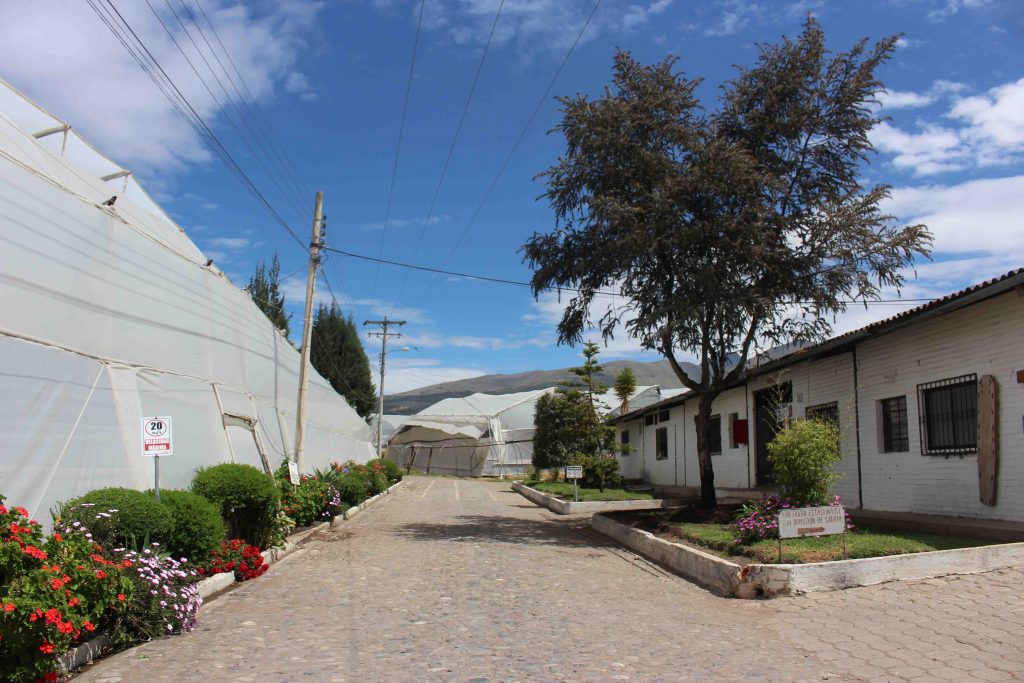 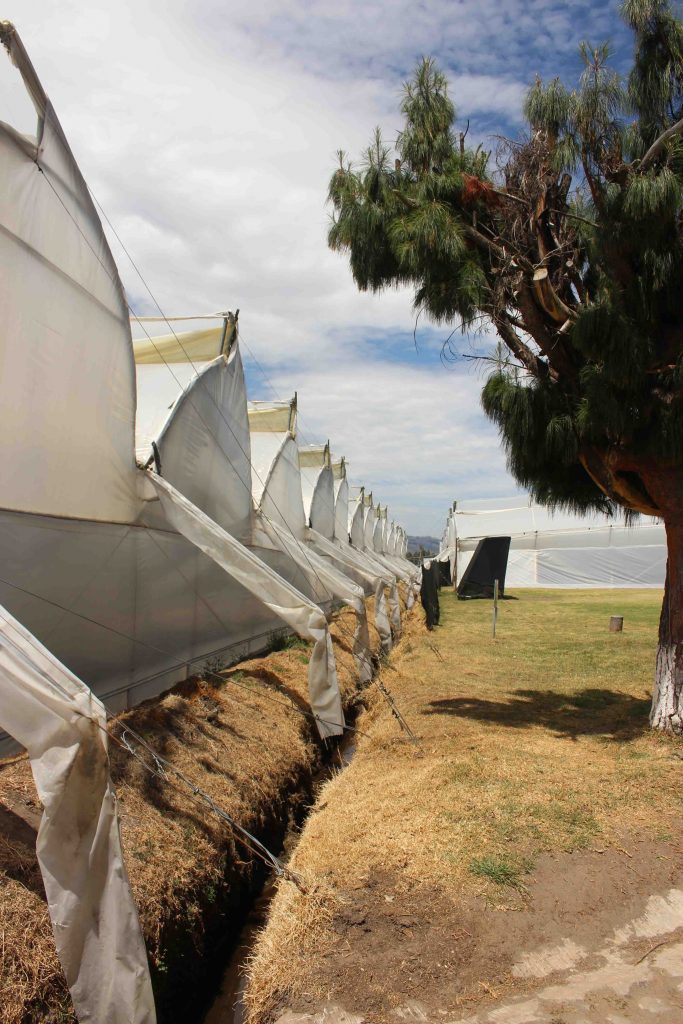 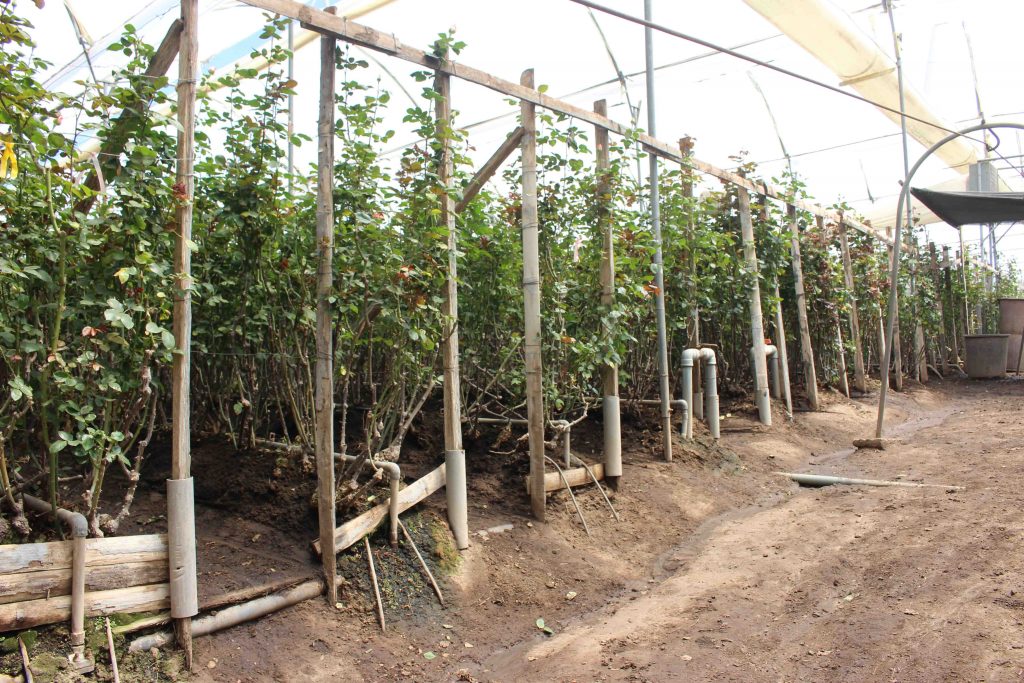 Plants seeds are sown into the soil. When it develops into a mature plant it can be propagated by taking a cutting from an existing plant and grow it into a whole new rose bush using a method called ‘grafting’. Before the cutting can be planted, it is necessary to remove the flowers, buds, and some of the leaves. Then the management of the plant begins. From just a single stem, a new rose bush sprouts.

Temperature is key to proper development. The environment must be kept humid. A stem is considered healthy or productive when it reaches maximum height.

The growth rate of a plant depends on each variety. Some varieties produce flowers 65 days after they are planted. Other varieties are ready after about 70 to 78 days. In most cases plants produce flowers after 110 days, as in the case of the White Chocolate rose. 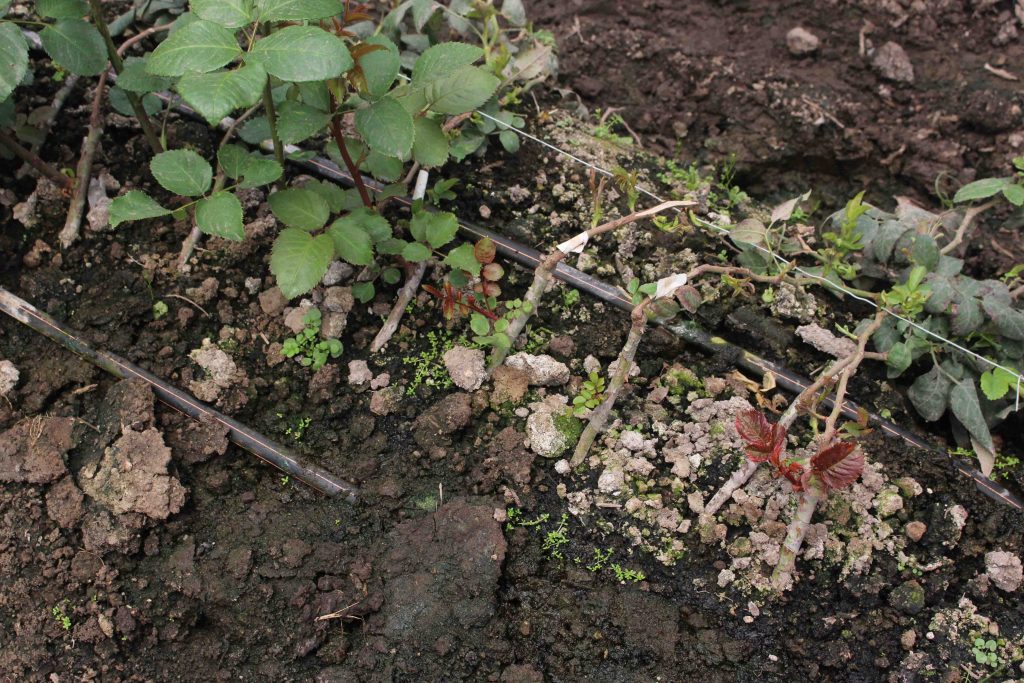 The cultivation process takes place in a different greenhouse. Cultivation is carried out via two methods: in the soil or hydroponics.

In the soil, the plant grows in the ground and receives nutrients directly. Care is provided such as irrigation and fumigation. 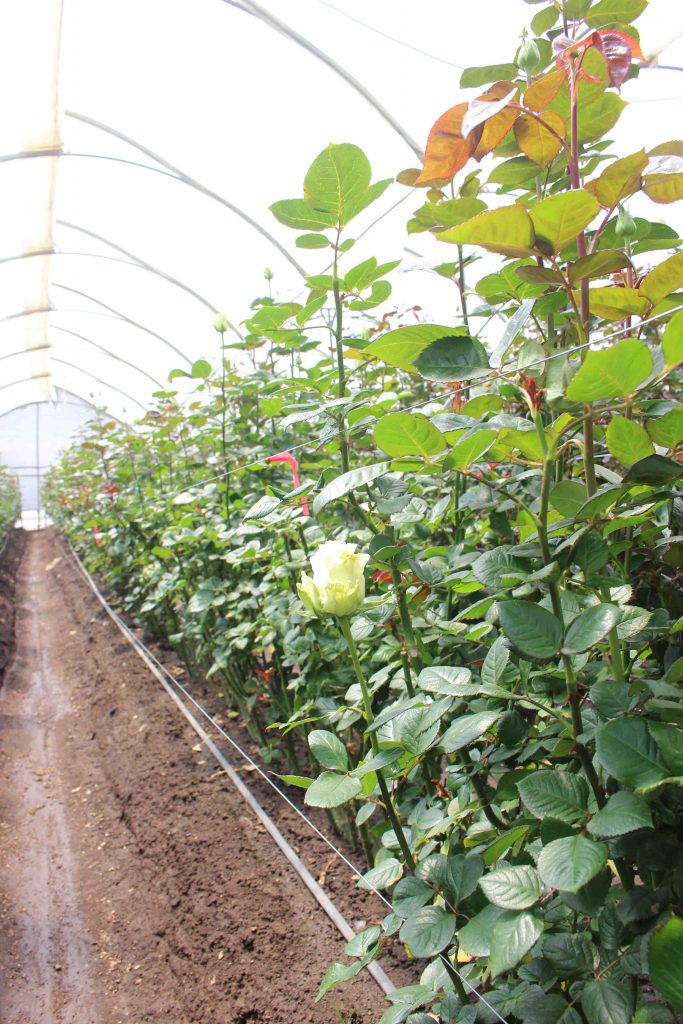 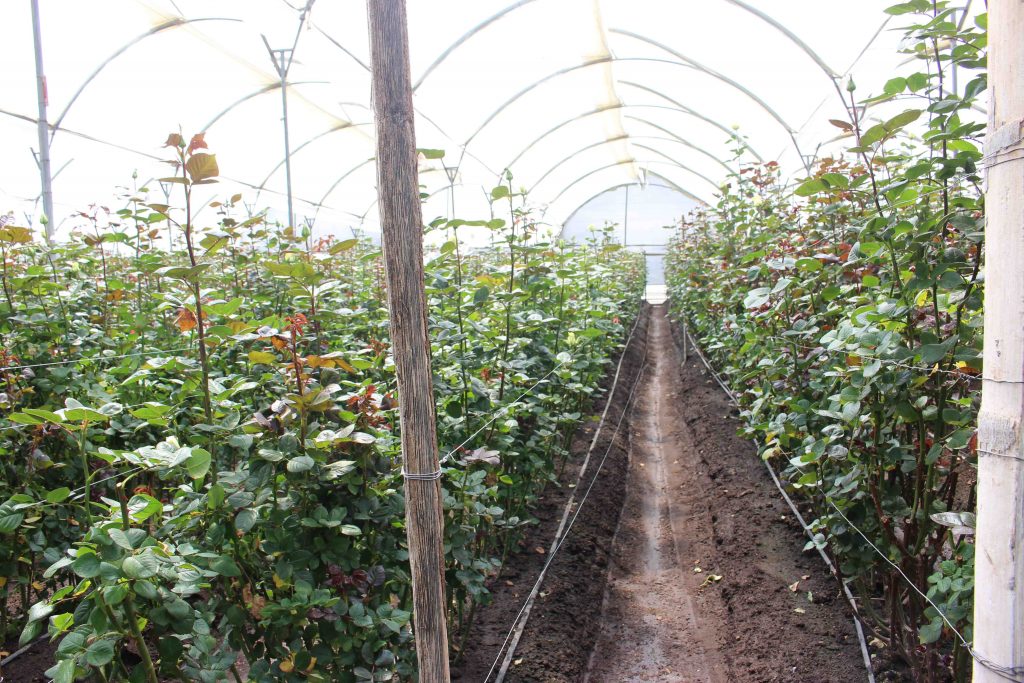 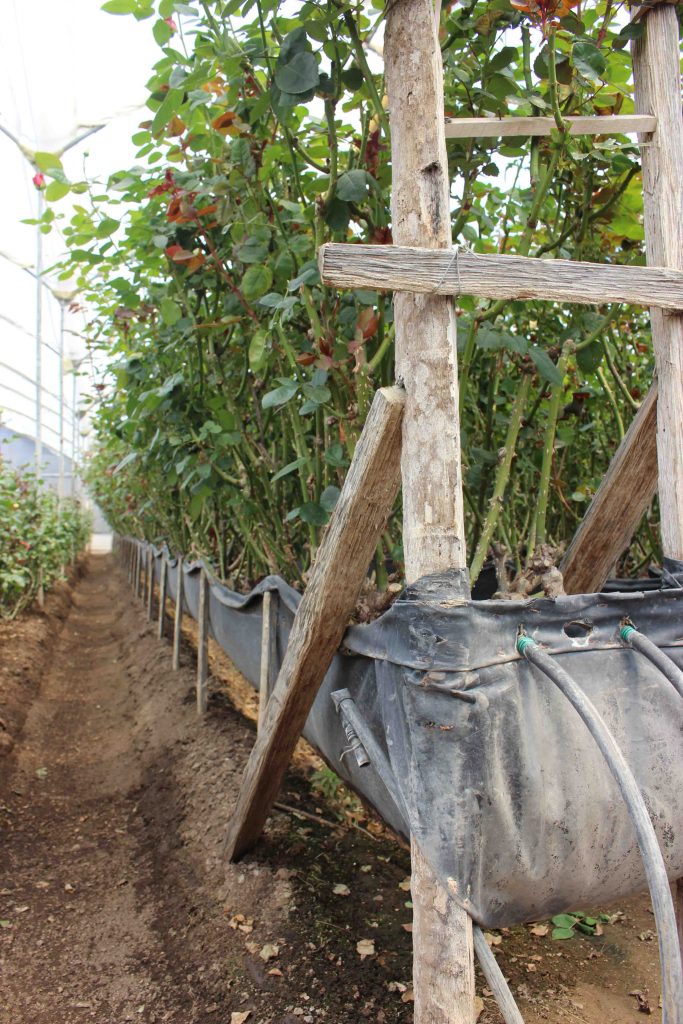 There are essential factors to allow the proper development of roses. One key is that moisture must be maintained. A high relative humidity is needed for the stems to grow to maturity.

Temperature also plays a vital role and must remain between 68° F to 77° F, depending on the rose variety. A rose can withstand temperatures as low as 46 °F. If it is too cold at night, the heaters are activated to regulate the temperature in the greenhouses. 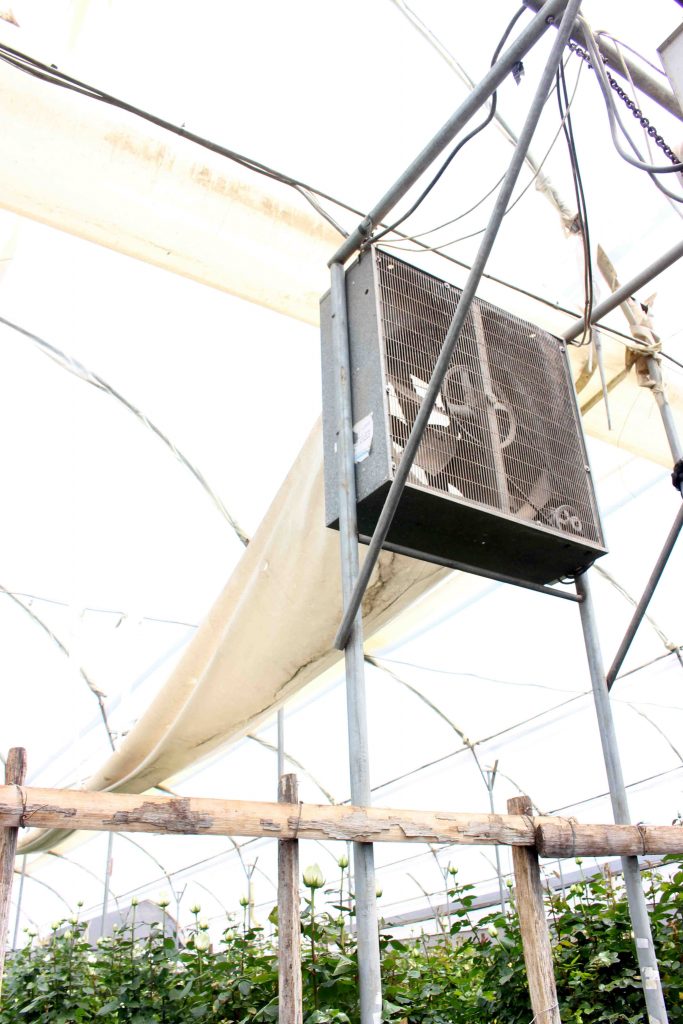 During the cultivation process, the plant is cut according to the cutting point, or appropriate stem length and bloom stage. Cutting the rose too early or too late can reduce the quality and life of the flower.

The freshly harvested roses move on to the post production facility, where all the varieties are sorted and processed. Roses are collected with help of transporting system built throughout the nursery which consists of a metal carrier that slides across a hanging track. The carriers hold the rose bunches that have been harvested and transported to the post production facility. 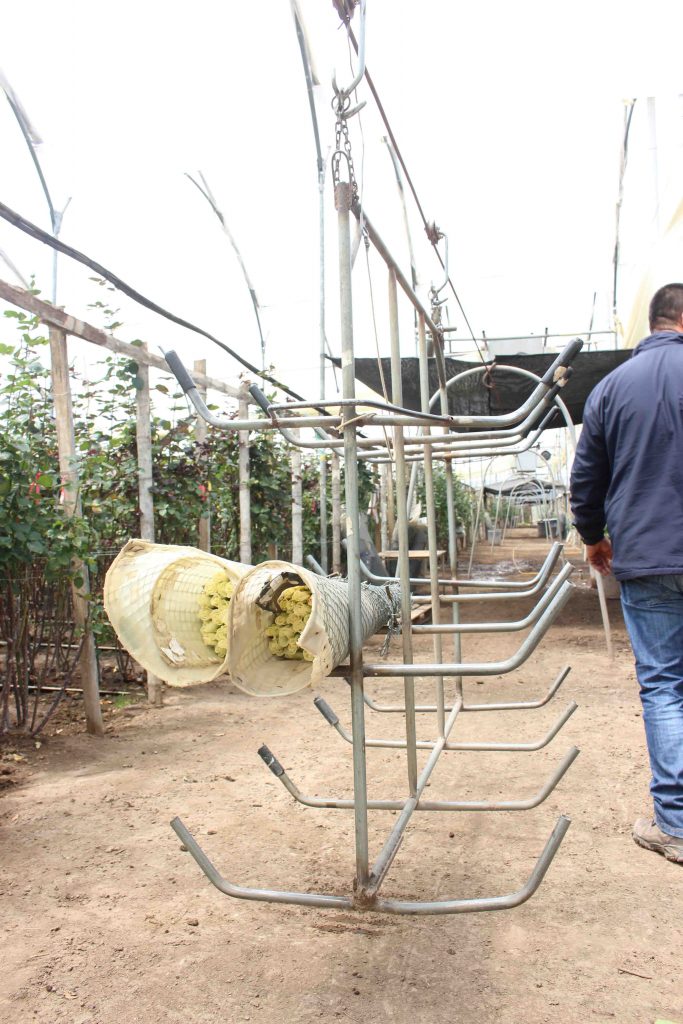 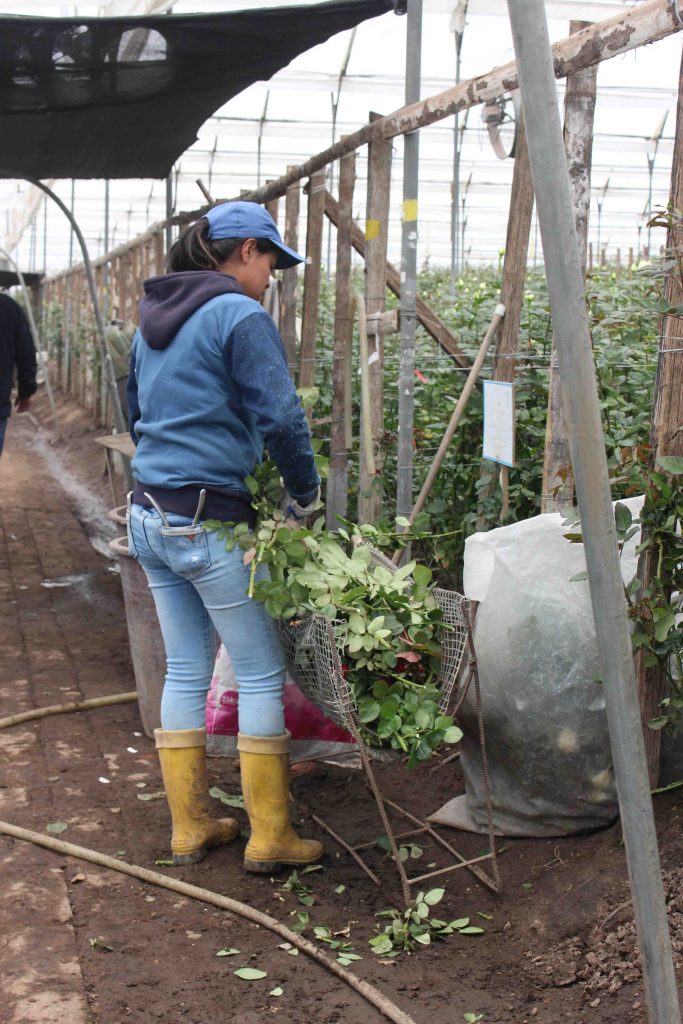 The irrigation system is managed from a computing center. The center controls the water pulse and frequency, and it is an automated system.

The substrates (or nitrates), phosphorus, and iron is premixed. Each water tank contains 500 liters. This mixture is sent to the main tank, and it is important for it to be accurate. 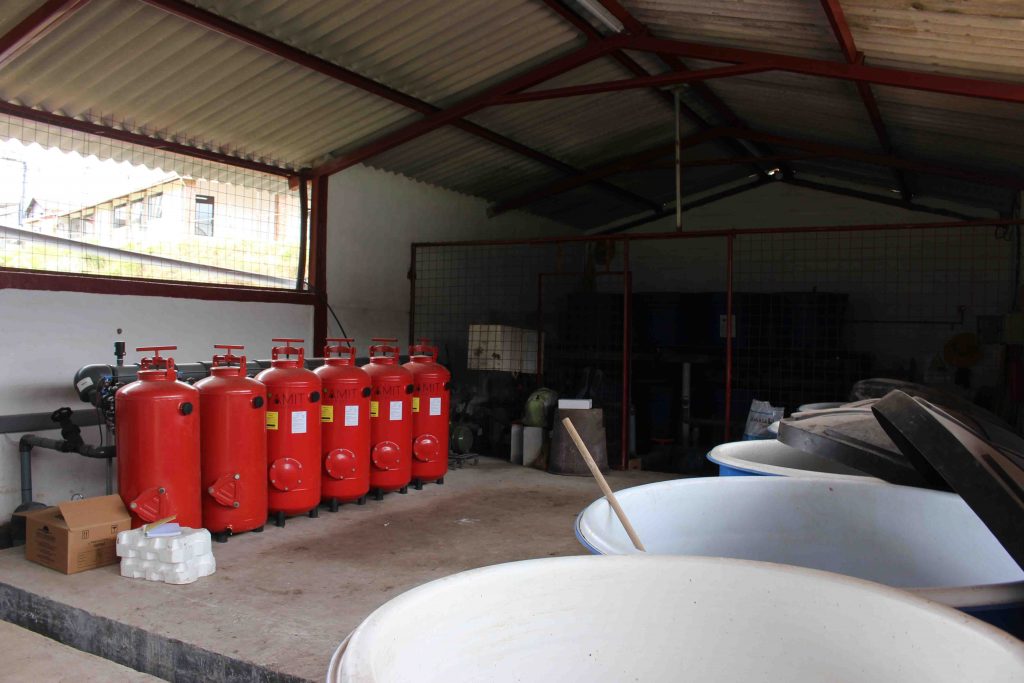 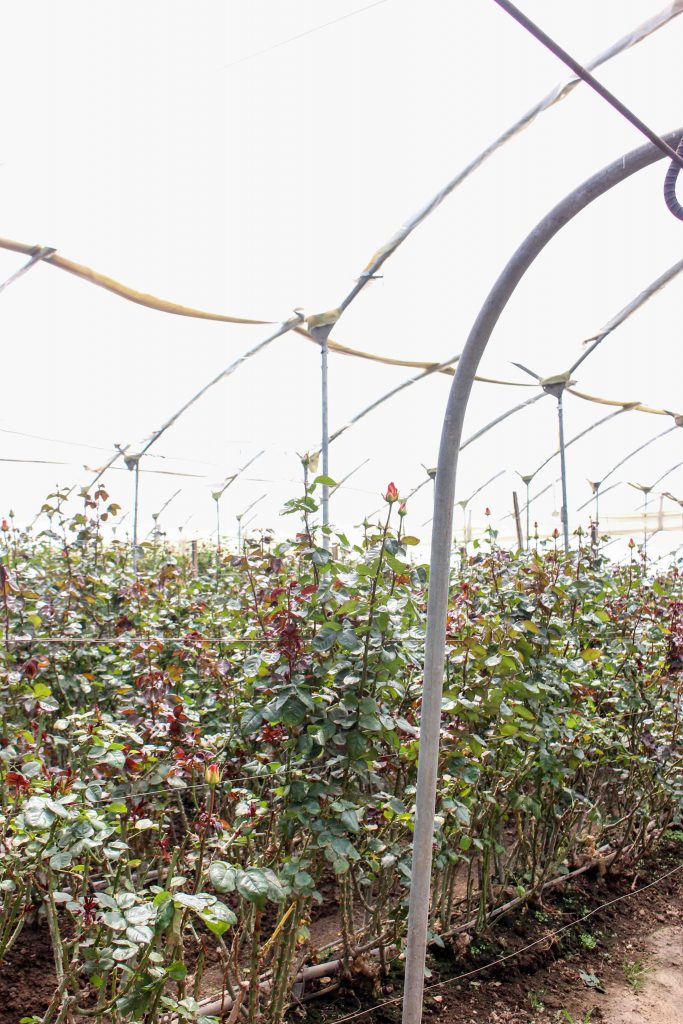 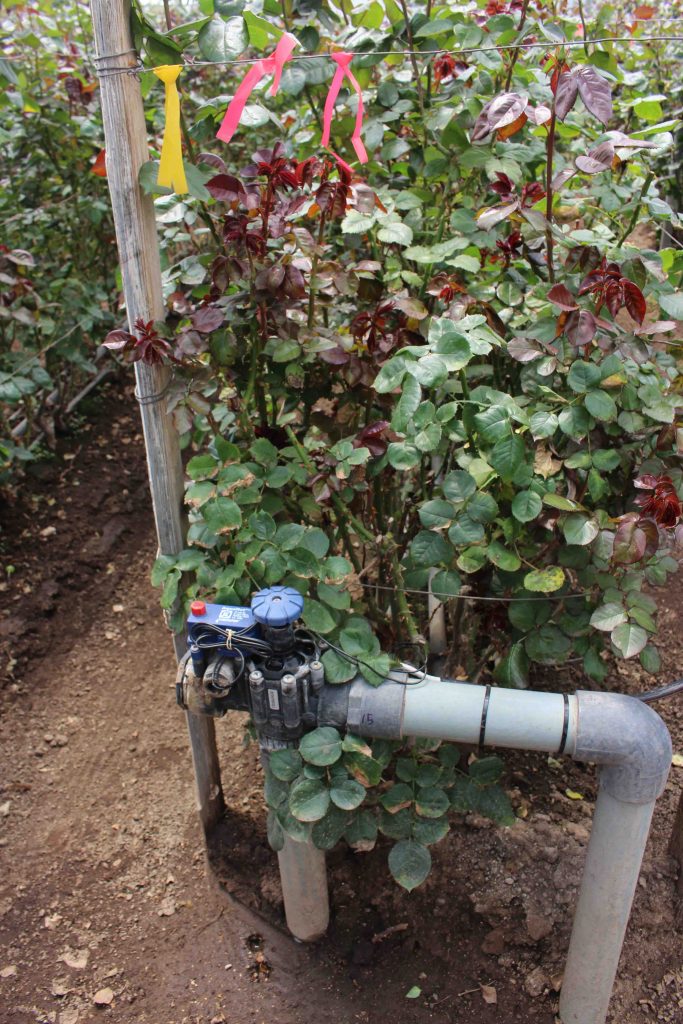 We learned that the farm has its own reservoir on the property for irrigation, which is maintained and purified regularly. 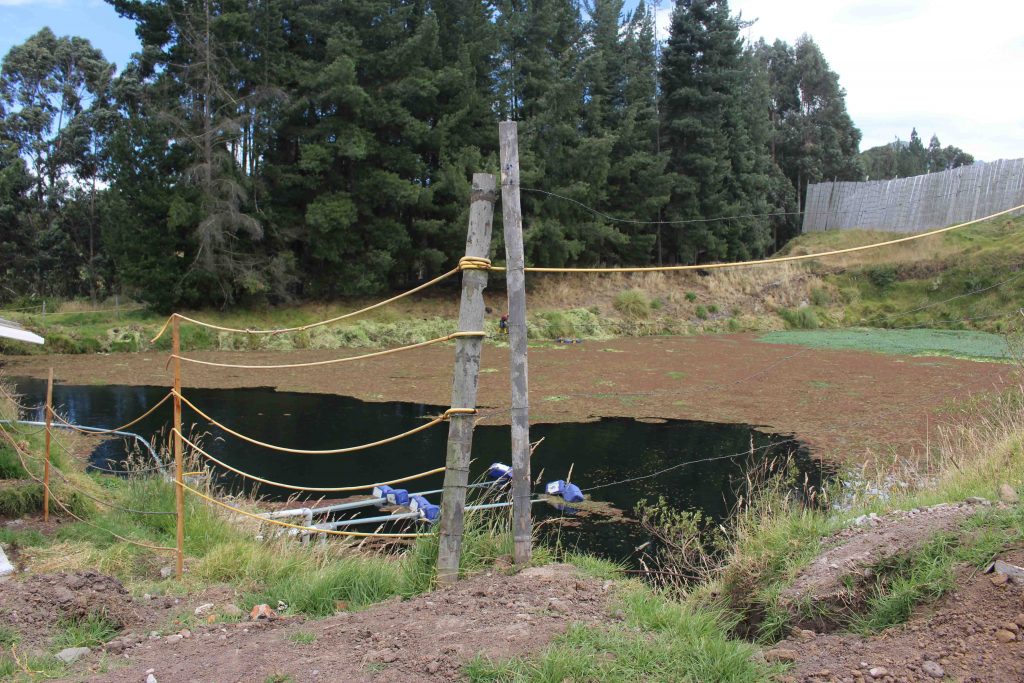 While touring the plantations, we noticed fumigation teams. Plants are fumigated once a week. However, in the case of decontaminating for fungi or acarus (mites), fumigation is carried out two to three times per week. 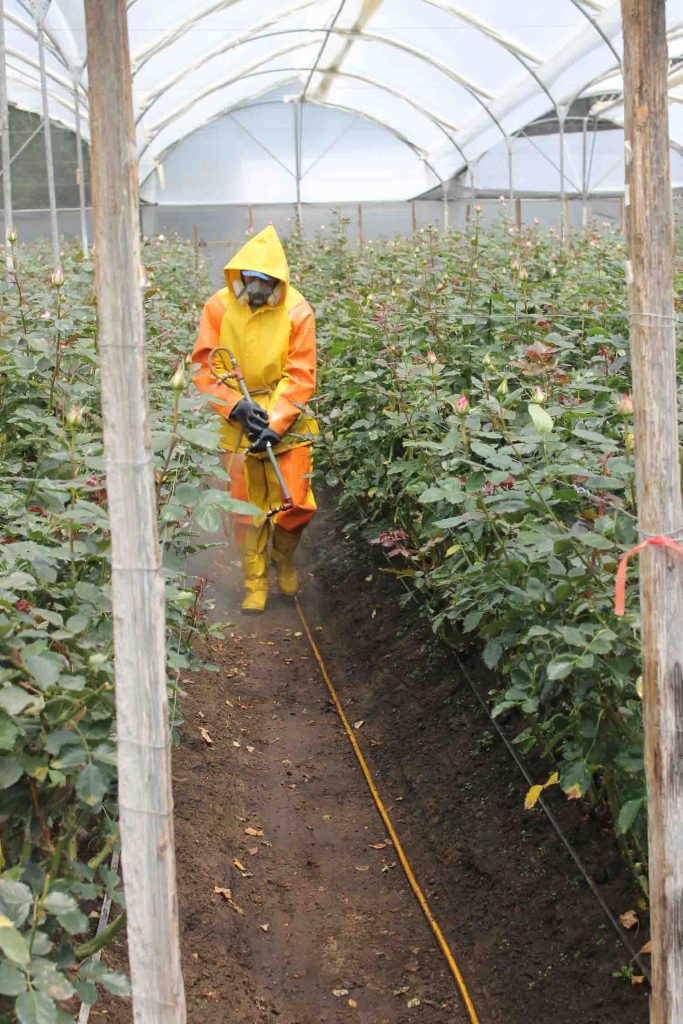 The packing facility is a remarkable and there are many employees involved in this stage. The flow of operations is organized to be efficient and quickly move roses along each station from sorting to packaging and eventually to the coolers for exportation.

In the first step roses are sorted by length and grade. Then each stem is packed into a bunch consisting of 25 roses. The packaging is designed to protect the rose heads during exportation.

Bunches are packaged into larger boxes and organized by destination in the cooler. Roses are harvested and cooled in a period of 24 to 48 hours. It takes about 2 days to arrive to the U.S. The entire process from harvest to destination arrival takes 72 hours. Cut roses last 15 to 20 days depending on the care and handling. 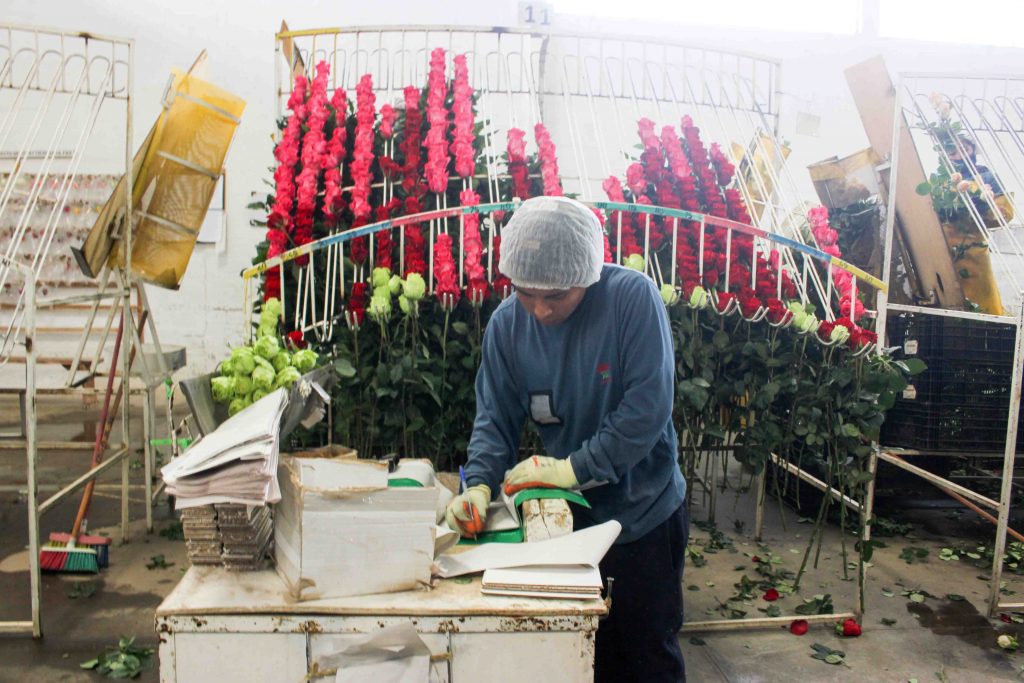 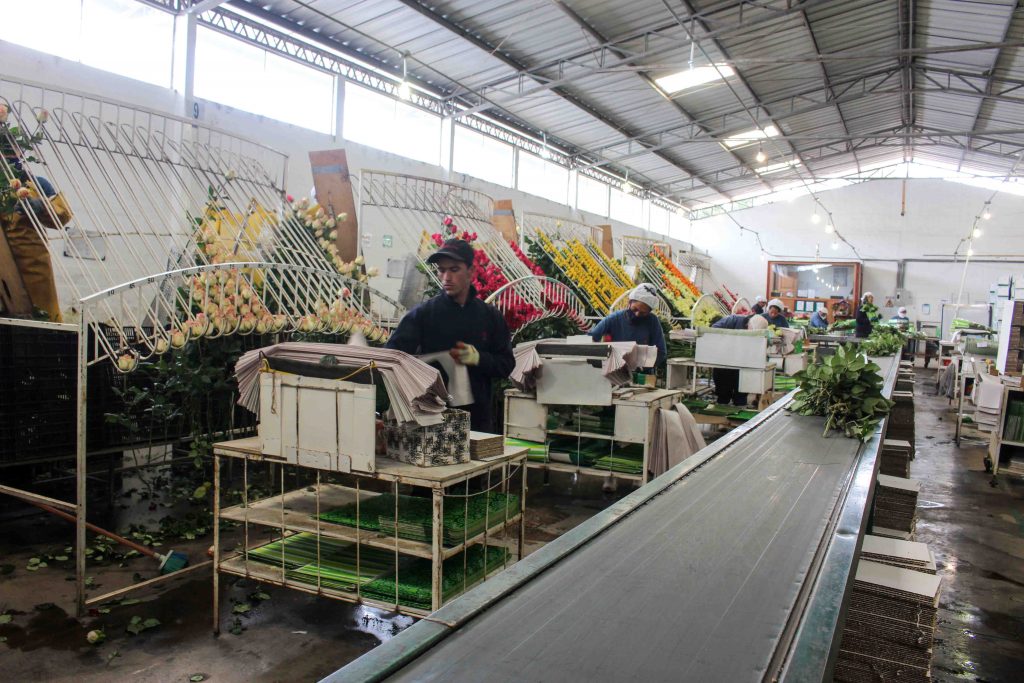 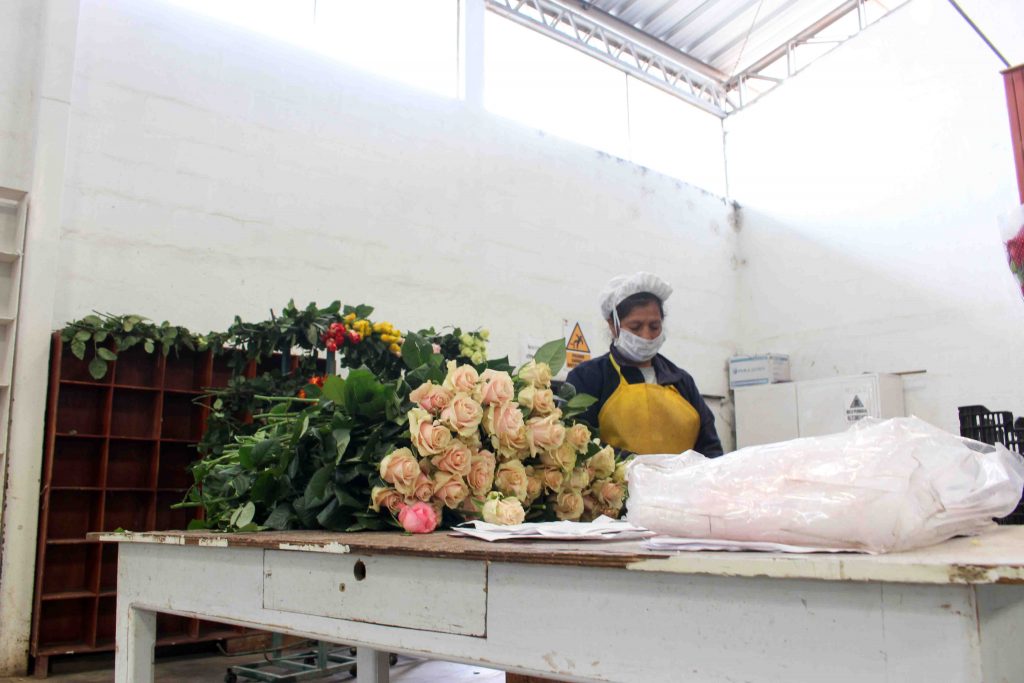 We visited the facility where international exportation is coordinated. Instructions, known as an Airway Bill, is sent to freight agencies which lists the ship-to destination, the product detail, shipment value and quantity being shipped. The logistics manager then uses this documentation to export the roses via cargo agencies.

During our tour around the farm and getting to know all the growing areas, we had a glimpse of some popular rose varieties. Some were in the greenhouses, while others were in the packaging stage. These varieties included the cream-white roses White Chocolate, Polar Star and Mondial.

Lemonade was a delight to see because of its unique lime color, and it is one of our novelty roses.  At the packaging process, we saw the Hot Pink Rose or Hot Lady, which delights with its saturated color; and finally, we saw the classic red roses. 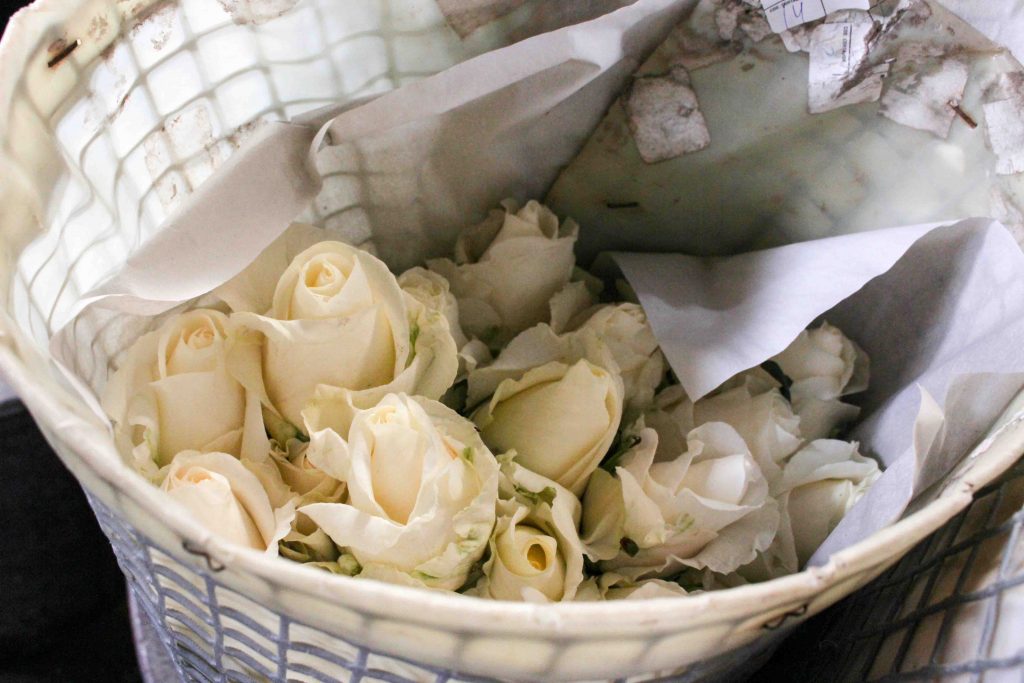 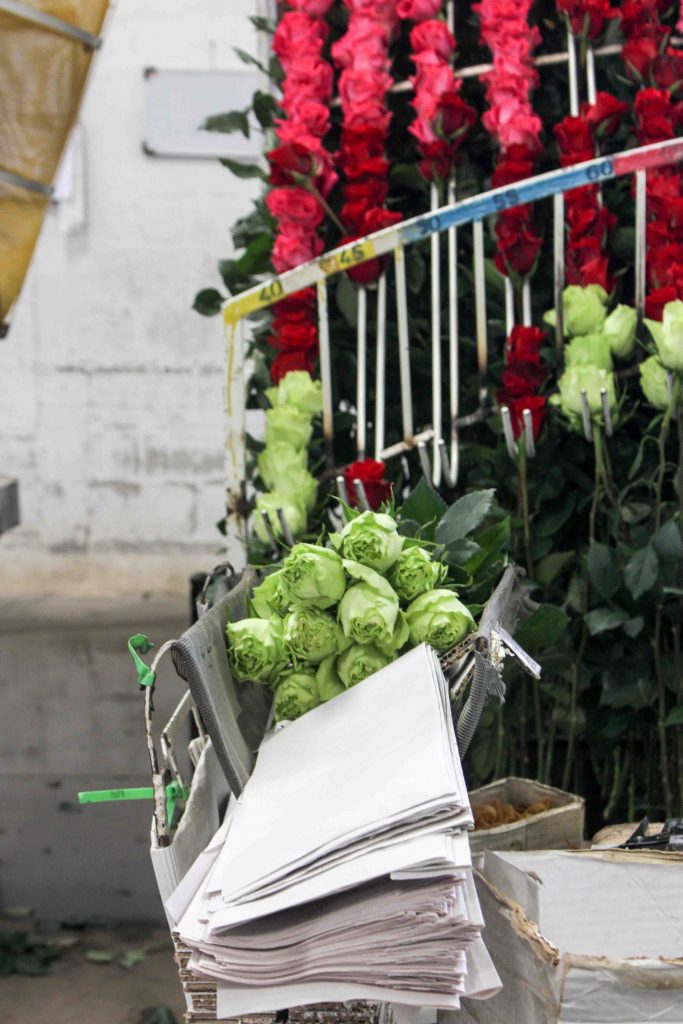 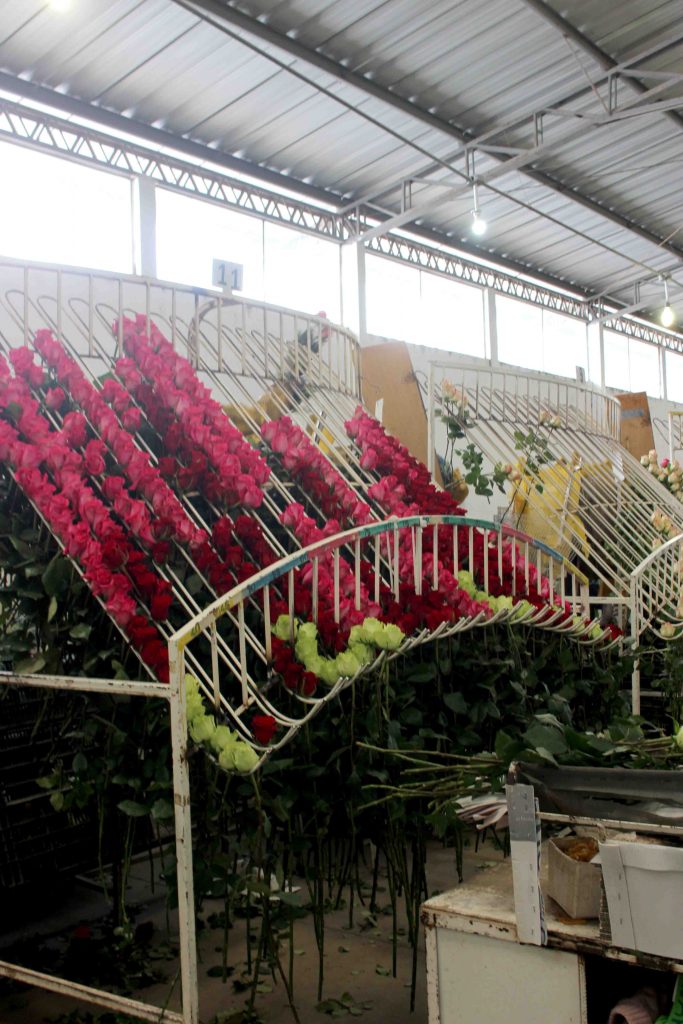 
Warning: count(): Parameter must be an array or an object that implements Countable in /home/customer/www/virginfarms.com/public_html/wp-content/themes/florist/footer.php on line 11